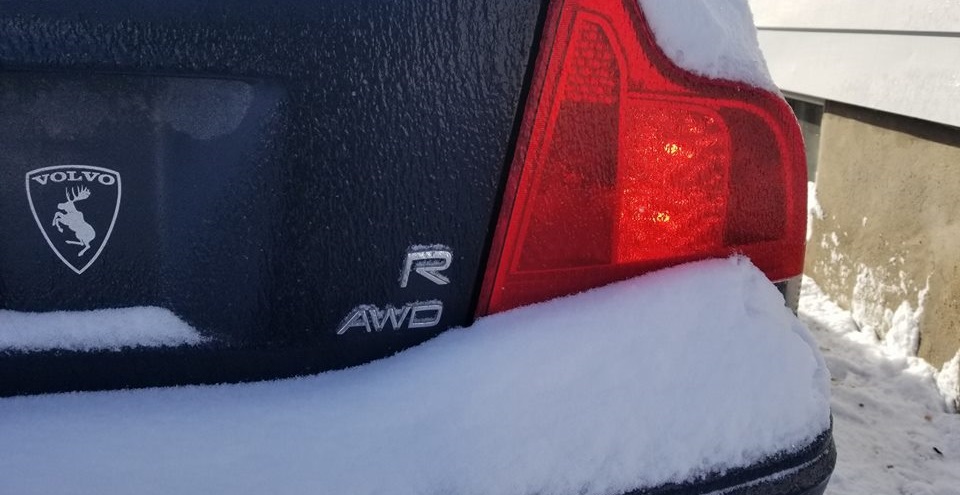 I finally got a new set of wheels installed, to replace the cracked Pegasus wheels. Interestingly, two days later the Pegs were stolen from my property. It turns out it was just a cokehead looking for scrap money, and the wheels are no longer road-safe, so not a big deal. If it were someone looking to restore them and put them on his car, I’d be pissed. I did pull my security camera footage and pass it along to the police though >:]

Yes, I know she needs a bath (I make it a point never to get a carwash in winter, it only forces the salt down into the unreachable areas of the car, promoting rust). The wheels I had installed are Fast FC04 18×8 with 40mm offset. Cheaper than OEM Pegasus replacements but lighter and stronger. New tires too, summer and winter. Finally I can take corners again! With the thousands and thousands of dollars I’ve dumped into this car, there are only a couple things left to fix before I can finish designing some CANBUS goodies.

For Xmas 2017 I bought myself a chinese bluetooth interface from amazon. It was only $60 (compared to a few hundred for an OEM one) and works pretty well. I tricked out my phone with spotify premium, and an app called Tasker which automatically sets the volume level and starts playing music when it detects the car has been connected, so I never have to touch my phone.

I’ve already done some tinkering with the canbus using an Arduino and a canbus shield. I do have a complete Vida/Dice kit but the setup is clumsy connected to the OBD port, and is geared towards diagnostics and programming. I installed a canbus link in the glovebox where I am able to plug my arduino, and interface with the car. I can send commands to request info and even sniff live data from the various computers. Eventually I will have a small screen installed to display yummy information, and the ability to make some on-the-road tweaks. I know durrr anyone with a few thousand dollars can just buy something like that but, there’s a lot more satisfaction in doing it yourself. The same reason I chuckle when assholes in BMWs laugh at my honda. Bud, all you are proving is that you have good credit. Get your hands dirty, jackass. And learn to use a turn signal!